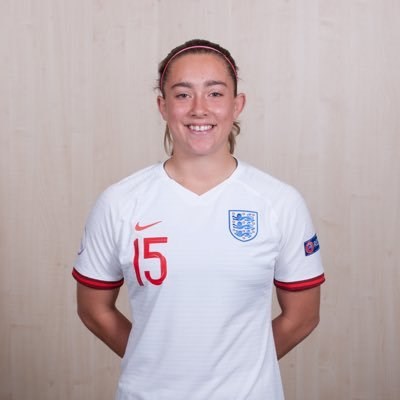 The Brighton and Hove Albion and England Footballer is currently back in Guernsey during the summer break and is keeping up her training routine at Kings.  We took the chance to catch up with her between sessions to see how her career is progressing.

In her first season with Brighton & Hove Albion, Maya successfully made her way up to the first team to make her senior debut in the 5-1 League Cup victory over Crystal Palace in December 2018.  Her impressive performance meant she kept her place in the side and made her FA Women’s Super League debut against Chelsea – a day that she describes as both surreal and amazing.

“I have always looked up to Millie Bright as a player and followed her career, both as Super League player and as part of the England National Team so when I lined up against her on the pitch, it was one of those really memorable moments – a great experience!”

She also described landing the England under 17 Captaincy as another high point, an honour that was made all the more meaningful as it was put to the vote within the team.  “We were in Moldova at the time, and I honestly didn’t know what the outcome was going to be, so when my name was announced, it was a real high point.”

So what does she think swung the vote – was it leadership or likeability?  “I think it was a bit of both.  I play Centre Back for England, which means I see most of the pitch and I’m known for being very vocal!  We also get on really well as a team, so it was a proud moment to captain them to the 6-0 victory.”

Now back in Guernsey, she’s just getting over an ankle injury sustained in the last game of the season.  “It meant I had to take two weeks off which was really difficult for me as I find it hard to switch off.  I just took the opportunity to do more upper body work, and chill out in the swimming pool at Kings of course!”

Maya trains at Kings six days a week when she’s in Guernsey and particularly enjoys the spinning classes.  “They supplement my structured training schedule well, and that’s one of the things I love most about Kings. It has everything you would ever need under one roof.  It’s like my second home!  The equipment is top quality, there’s good connectivity and there’s lots of technology to track your progress, such as Myzone heart rate monitors and the KBT Body Composition reader.

She’s keen to stay on the England pathway, having already captained the England U-15 and U-17 teams.  Last season, Maya made three first team appearances for Brighton & Hove Albion – unfortunately the three game rule meant she wasn’t allowed to play any more than that.  However, that particular rule has been scrapped for this year, so we could see a more regular presence for Guernsey’s brightest footballing talent at the top level.