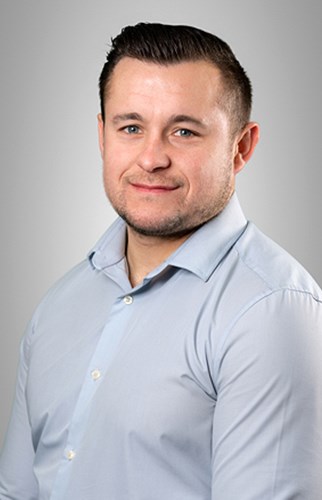 Jovial, personable, slightly OCD about making lists and with the Club at the centre of everything he does, Sean is the go-to man for staff and members alike. Having been with Kings for 11 years, he considers a number of members his personal friends and works tirelessly to make sure the Club environment is an enjoyable and productive one for everyone concerned.

When asked what he particularly enjoyed about working with the team at Marina and Kings, he said he loves the small close-knit team and highlighted the way that everyone goes above and beyond their normal duties, particularly during difficult or busy seasonal periods.

Sean has a passion for all sports and excels at golf where he has represented Guernsey in numerous Inter-Insulars and has been fortunate enough to compete at two Island Games.

Outside of work he enjoys holidaying in new places, spending time with his wife and family and despite managing a Health Club, he understands and appreciates the need to let your hair down, socialise and have a drink with friends.

We would like to reassure customers that our community’s health and welfare is our greatest concern during the current extraordinary circumstances affecting Guernsey and the rest of the world.

With this in mind we have taken the decision to close the club and facilities at this time and until further notice. Enquiries should be directed to info@kings.gg during this period.

For further information concerning memberships please see this post within our what’s happening section of our website, or keep up to date with the latest news on our app.