All three helped save the life of a racquetball player who collapsed with a cardiac arrest on court just before Christmas last year. 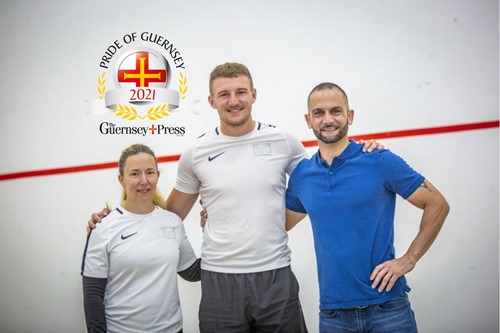 The panic alarm was triggered by one of the player’s opponents. Duty Manager and Personal Trainer James Jones, who at the time was just 21 years old, immediately responded, attending as trained to do so, with one of the Club’s defibrillators and a first aid kit, calling for back up on the way.

On reaching the squash court, he saw the casualty lying on their side and undertook a visual risk assessment to identify any potential dangers. The area was safe. He turned the casualty on to their back and checked for vital signs. The casualty was unresponsive. Having undertaken the Club’s mandatory first aid training just weeks before, James immediately commenced CPR, while instructing one of the player’s opponents to call 999.

A shock was delivered, resulting in little response.  Claire continued to deliver CPR in line with the instructions from the defibrillator until the Emergency Services arrived.

The patient was transferred to hospital and later made a full recovery.

All three were praised for their swift, decisive and ultimately life-saving actions.  We are enormously proud of them all.